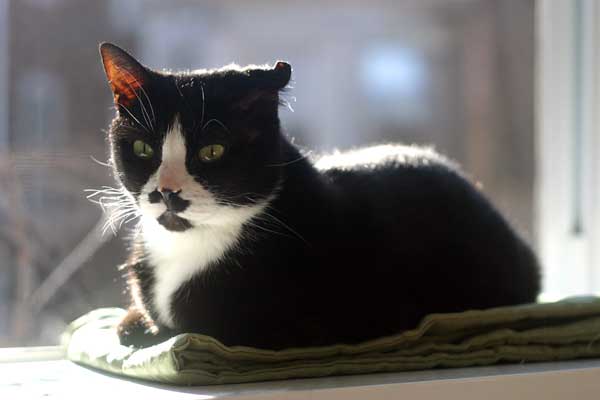 My 1st pet Charlie on the window sill

This is less of a how-to for the first time pet owner, but more of a story about my first pet – my cat Charlie. As a first-time cat owner, I made more than my share of mistakes but overall I did a good job. She was quite needy but she was a great first pet. As a matter of fact, she was my first pet in my adult years.

I’m sure you will pick up some tips if you are a first-time pet owner but I really just want to talk about her. I lost my cat Little Rascal in May of 2019, Three weeks later I had to put my dog Buddy to sleep as well. I took them all for granted, but I won’t make that mistake with the only pet I have left.

The good and bad of a first-time cat owner

Charlie was a chubby gal who was found on the streets with a litter of kittens. I’m sure she was a great mother, but she had a lot of health issues.

Within the first week, I could tell she had something making her itch and scratch non-stop. So I did what any first-time cat owner would too: I put her in the tub and turned on the shower to give her a bath (oops!) I should have known that you don’t bathe cats?

It ended up being mites in her ears. Her one ear became filled with blood which was improperly dealt with by the vet I took her to. That ear was deformed after that debacle.

I’ll try to remember everything about her and our life together. She was a special pet because she was my first pet! 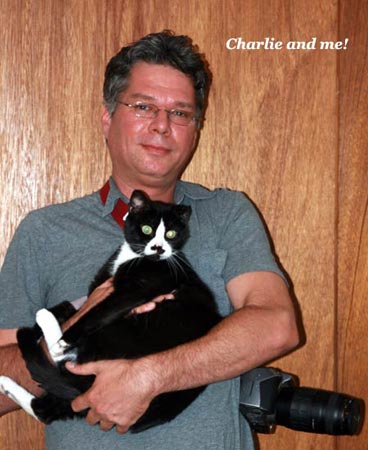 From adoption to the first few years

I moved into an apartment above a pizza shop (that was a mistake). It wasn’t long until I saw the first mouse. Someone said get a cat so I went to PSPCA and they showed me the cats for adoption.

I picked her because she picked me. She was the only cat that came to the front of her crate to see me. I’m sure that is one of the most common ways that a first-time pet owner decides on which pet to adopt.

The volunteer asked if I wanted to hold her so I did. I didn’t know what I was dong and I held her in my arms in an odd way. She didn’t seem to mind and was overly friendly. It didn’t take long until I said, “I’ll take her.”

She almost jumped out of the car window bringing her home after a trip to the pet store. It was Summer but not too hot so I had the car windows down. I let her out of the adoption box she was in. Don’t do that! I caught her just before she tried to jump out of the window at a stoplight on a 4-lane road. Keep your windows up or keep her in the box or crate until you get your newly-adopted pet home.

One time I walked into the bathroom where the litter box was as she was about to relieve herself.  She looked up and at me with surprise in her eyes then ran out like she was embarrassed – so funny, I should have knocked first – don’t barge into the bathroom with a girl in there. After a while it wasn’t an issue with her – she had the run of my place.

In the early days during the winter she would come under my comforter when I went to bed. Then she would lie with her back against my chest and I would gently lay my arm across her. She would purr quite loudly and I found it hard to go to sleep. I lost sleep each night but it was worth it.

Miscellaneous events of our lives together

Charlie got very sick once where she didn’t eat for about 5 days and was vomiting green stuff. After a local vet charged me $400 to $500 they said they didn’t know what the problem was and to take her to the University of Pennsylvania vet hospital. Penn gave me some meds and home remedies and she got better in a day or two

I would take her to a grassy area on Kelly Drive in Philadelphia and put her in a harness to keep her from running away. She didn’ run much because of her weight. Very rarely, if at all, would you ever see a cat on a leash. She was fine until she felt the leash restraining her and then fought it trying to wiggle herself out.

Another time I went Sailing where I left on a Friday afternoon and came back Sunday. This was before I was a pet sitter so she was alone the whole time.

She was overly vocal when I got home which continued for a while. I would come home to her crying after work each night assuming I was going to leave her alone again. “I’m so sorry sweetheart!”

She would constantly bug me needing attention after I got laid off so I tried adopting two different cats to keep her company, Those cats were Peach and a tiny kitten named Frost. Unfortunately, they both would attack her. I eventually adopted Squeeks who was much better with her though Charlie was a tough gal. 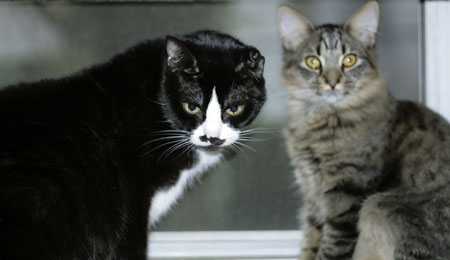 Camping with my first pet Charlie

After the sailing trip, I decided to take her camping with me to Assateague Island in Maryland. My girl was a great camper for the next 2 to 3 years. She was fascinated by the night sand crabs that scurried about. The 2nd year she started to use the sand near the dunes as a pee, just like me.

I would leave her in my tent where she would sleep on my clothes. That was when I had to run to the beach or to the car for something.  A few times I left her in a large screened-in tent that I used to cover the picnic table – she would just sleep most of the time.

She didn’t like being on the beach a lot and would just sleep in her carrier, although she was quite popular when I shared a beach fire with some other campers. Back then a lot of people did not have dogs with them. I would be way more cautious with her these days.

Favorite memories of my first pet

Charlie would knead my hair while I laid on the couch or in my bed, leaving scabs on my scalp (loved that!) She loved lying on my lap or on the arm of the couch next to me.

One time while living in Manayunk I was doing some bar hopping. After leaving the Grape Street Pub to go to another bar, I saw her in the window. I made a loud “psssst” sound from across the street. She heard me and replied with a loud meow – loved that girl.

Once I heard her fart – such a small sound – I didn’t know cats farted, and a girl cat at that. She didn’t even say, “Excuse me.”

Sometimes while cleaning herself she would pause and look at me and her tongue would be sticking out – absolutely funny and cute. I’m so mad that I never got a photo of that face. Take lots of photos of your pets, trust me on this.

She also would drink water out of MY glass of water (gross). I would let her finish then get clean water for myself. But how many times did she do it while I wasn’t in the room and therefore didn’t know?

At approximately 9 pm on December 13th, 2014, my oldest and first pet died. She was only about 10 years old. She just stopped breathing. I don’t know what was wrong with her or what kind of pain she was in.

A client of mine who was a vet came by with some meds for her but it was obvious that she was about to die.  He left to move his car and then came back. Much thanks to my client Ed Aller who opened up Art City Vets in 2019.

In the meantime, I talked to her while gently petting her, more like caressing. She would only breathe every few seconds or so.

Her leg moved slightly after her last breath. I told her I loved her and that I was sorry for every time I got mad at her which she didn’t deserve. She was very needy and would drive me crazy with that neediness, but oh so sweet!

For the last few minutes she was alive I kept saying to her, “I love you Charlie…I’m sorry Charlie.” Sorry that she was often sick or in pain, sorry that I couldn’t help her, sorry I took her for granted, …

Whether you are a first-time cat owner or a first-time dog owner, you will make mistakes until you get a feel for being a pet owner. Believe me, you will want to do a great job caring for them because you’ll fall in love with them right away.

Do some research to get an idea of the things you need to know, but as long as you have love in your heart you’ll do whatever it takes to keep them safe and happy. I sincerely wish you the best and many years of happiness with your first cat or dog.

Take a look at my article on my cat Little Rascal and his best friend, my dog Buddy. Warning: those articles are goodbye articles as well, so keep that in mind.

Losing A Pet: Having To Put My Dog To Sleep