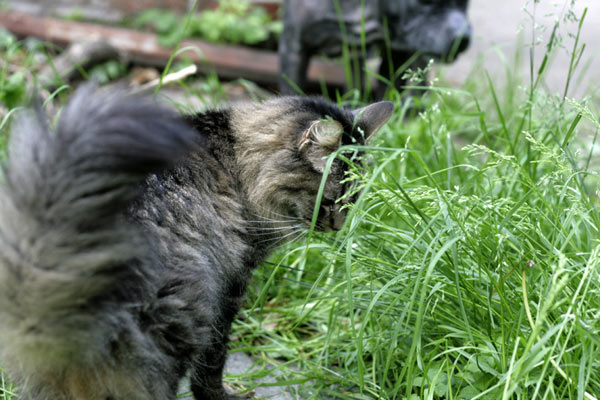 This is not a step by step process of what to do when putting a cat to sleep. I am just writing about everything that I went through when I had to put my cat to sleep. Hopefully, it will provide insight if you are faced with this unfortunate, but unavoidable, situation.

This is not a perfectly written post which you can tell from the abundance of bullet points. The post is about remembering an amazing cat and detailing everything that happened.

My cat’s behavior leading up to euthanizing him

My cat’s name was Little Rascal.

When I first adopted him, he would constantly climb up curtains or jump from my mountain bike onto the top of the refrigerator. I would always hear things falling or see him pulling down the curtains.

So his name fit him quite well. He was small and continually causing little problems. He eventually calmed down.

Forgive me if the structure of the post is poor with all the bullet points. I’m just getting my thoughts out and I’m still emotional from the event a few days ago.

Here are the things that I noticed:

Then his eating and behavior patterns again changed during the last week of his life:

Those are all the things I noticed before I took him to the vet on a Friday afternoon. I believe the only water he was getting was from the wet food and milk.

I could not tell that he had lost a lot of weight because of his long fur. I’m not sure if he was sleeping or not – my guess is that he wasn’t.

What the vet found and explained to me

The vet noticed a lot of problems:

Then he told me the mass was probably affecting his appetite. I told him that Little Rascal was ravenous a few weeks before. He mentioned that was because the mass of cancer was making him eat more to feed the tumor. Like it had a mind of its own.

So it looks like he had a large cancerous tumor that decreased his urge to eat.

The vet gave him fluids and sent me home with his medicine. He believed that he may bounce back but that I most likely would only have a few more weeks.

He thought my cat might respond to the fluids and medicine and may start eating again but to let him know if his condition didn’t improve.

The medicine did not help as he was still not eating. But I got one more day with him. I took him into my yard and let him explore the plants while I photographed him. And his best friend was with him, my dog Buddy.

But that is the best I could do for him – to let him sniff the world outside and to pal around with my dog. Then I had to take him back to the vet to put him to sleep.

The process of putting my cat to sleep

The cost of euthanizing my cat was very affordable – around $120. I had to sign some paperwork and pay my bill. That way I could just walk out when it was time to go. Here are his final moments:

The final shot supposedly causes death either within 30 seconds to a minute or two. I think I was there long enough for him to pass, but I wasn’t in an observant state of mind. It was his spirit that I was speaking to. I wanted him to know that I was there and that I loved him.

I noticed his eyes wouldn’t close and they seemed to be full of fluids. My eyes were filled with fluids as well.

After a few minutes, I went home.

Final thoughts (and regrets) on putting my cat to sleep

I was thinking I should have brought my dog Buddy with me. Little Rascal loved him and always followed him around my place. He probably would have liked that.

I’m not sure how Buddy is doing, but my other cat Luna keeps looking for Little Rascal. She has been crying a lot so I think she misses him. I’ve been giving her a lot of extra attention.

I regret that I did not notice much earlier how bad he was.

I regret that I lacked the financial resources to possibly give him more time and with less pain.

I regret that I could not save him.

If you need to put your cat to sleep, then you or another family member should be with him, or her, at the end. You will be emotional – deal with it. Don’t shirk this responsibility or you will regret it.

I had a day to prepare for it and to get some photos of him. And he got some quality time sniffing all the plants in the yard.

I am glad I was with him at the end as there was no way I would have wanted him to be alone.

I am glad that he found his pet best friend in my goofy dog.

I am glad that I adopted him because he was so friendly and he enriched my life.

His name was Little Rascal and he had just turned 8 years old when he had to be put to sleep. What the hell, man? That is too young to get cancer.

May his eternal spirit find peace and solace!

Crate Training At Night: Keeping Your Dog In Crate Overnight