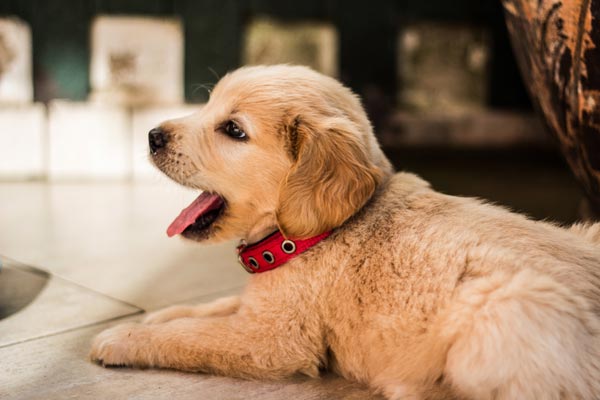 The best male or female dog name should reflect the dog’s personality. But that is not something you can do until you get to know your dog. Stimulate your imagination with this list of 122 top female dog names.

Each dog name includes the meaning, and the name’s country of origin. I also added the gematria number for all the dog names for those interested in numerology.

If you do not find the perfect name for your female pup, then go to the sites I used to find the meanings of your favorite dog name.

I found a number of lists on top female dog names and I combined the names to form a master list. The sites I used for the meaning are below if you would like to check other names, not on the list.

The number at the end of each name is the numerology number (gematria). Some sites included that with the meaning of names so I did as well since I found it interesting. You can skip that if that is not of interest to you. If there are two names like Ali, Allie then you will see 2 numbers, one for each variation.

Sites that give the meanings of names:

Female Dog Names that start with A & B

Abby: is short for Abigail. Hebrew for “my father rejoices” or “father is rejoicing” or “God is joy” or “father of exaltation” and Latin for “head of a monastery”. Numerology = 3.

Anna, Annie: variation of Ann, Anne, and Hannah. Hebrew for “favor, gift of God’s favor, God has favored me, grace” and Dutch for “bringer of peace, hope”. Numerology = 3, 6.

Athena: Greek name for the goddess of wisdom and warfare, meaning “wise”. Numerology = 4.

Ava: Hebrew for “life”; Latin for “blooming, birdlike” and German for “desired”. Numerology = 4.

Candy: short for Candace. Latin for “bright, glowing white”; Greek for “charming, glowing”; Sanskrit for “of the moon”, and English for, of course, “sweet”. Numerology = 2.

Cherry: may be short for Charity. Latin for “loving, benevolent” and French and English for the fruit “cherry”. Numerology = 7.

Chloe: Greek for “green shoot”. It is another name for Demeter, the Greek goddess of fertility and the harvest. Numerology = 7.

Cleo: short for Cleopatra. Greek for “glory of the father”. Numerology = 8.

Ella, Ellie: short for names that start with “El”. German for “all, entire, other, foreign”, Hebrew for “goddess, consecrated to God”, and Greek for “mercy”. Numerology = 3, 7.

Fancy: English for “like, love, inclination” or “ornamental” or “imagination, fantasy”. Numerology = 22 \ 4.

Fran: Short for Francis or Frances. Latin for “French” and French for “free”. Numerology = 3.

Female Names G thru I

Georgia: Greek for “farmer”, English for the state which was named after King George. Numerology = 44 \ 8.

Gigi: short for Georgina or Virginie \ Virginia in French. English for “earth-worker”, French for “trustworthy, girl of the farm”, Greek for “farmer”, and Japanese for “flowers”. Numerology = 5.

Grace, Gracie: Latin for “favor, blessing, graceful”. Numerology = 7 for both.

Hazel: English for the hazel tree or light brown-green color as for eye color; Hebrew for “God sees”. Numerology = 7.

Iggy: English for “fiery one” and Greek for “only son”. Numerology = 3.

Izzy: possibly an alternate name for Elizabeth. Hebrew for “he will laugh” and Greek for “gift, gift of Isis”. Numerology = 5.

Ivy: English for the climbing or creeping plant which represents fidelity & eternity. Numerology = 2.

Jamie: a feminine version of James. Celtic, Latin and Hebrew for “supplanter, one who supplants”. Numerology = 2.

Josie – short for Josephine which is a French feminine form of Joseph. Origin of the name is from Hebrew for Yosef and then Greek Ioseph meaning “he will add, God will give”. Numerology = 22 \ 4.

Juniper: English for the type of conifer tree or bush in the cypress family. The evergreen tree produces berries which are used as flavoring the gin, the alcohol. Numerology = 3.

Kate, Katie: short for Katharine. Possibly Greek for “pure”. The name Katharine may also be from the Greek goddess Hecate who was the goddess of magic. Numerology = 1, 1.

Kiki: short for names starting with “K” or of Spanish origin as a short form of Enriqueta. The only meaning I could find was ancient Egyptian for the castor plant. Numerology = 22 \ 4.

Dog Names that start with L

Lady: may be a form of Adelaide. Lady means “lady”, as simple as that. Is an old-fashioned of referring to a woman or a woman of noble birth. But in Old English, it means “bread kneader”. The German meaning of Adelaide is “noble kind”. Numerology = 6.

Lana: short for Alana which is the feminine form of Alan which means for “little rock” in Irish and in German means “precious”. It is Polynesian for “to float”. Numerology = 1.

Leela: Arabic and Indian for “play, amusement, amorous spirit” but may also be related to Layla in meaning. Numerology = 8.

Leia: a form of Leah. Hebrew for “delicate, weary”, Hawaiian for “weary, child of heaven, heavenly flowers” and English for “meadow”. Numerology = 9.

Lily: short for Lilian and Elizabeth and is from the name of the flower. Latin for “symbol of purity, innocence, beauty”. Numerology = 22 \ 4.

Liz, Lizzie: variation of Elizabeth. Hebrew for “God is my oath”. Numerology = 2, 6.

Lola: short for Dolores. Spanish for “sorrows, strong woman”, Sanskrit for “moving to and fro”. Numerology = 4.

Macy: English for “enduring”, French for “weapon” and Gaelic for “low hill”. Numerology = 6.

Maya: Greek for “mother, great one” and the eldest of the Pleiades, Sanskrit for “illusion”, American and Spanish for “industrious”, Hebrew for “water”, and Japanese for “trust, everlasting”. The name for the mother of Siddhartha Gautama (Buddha) and the Hindu goddess Durga. Numerology = 4.

Mia: short for Maria. Latin for “mine” Hebrew for “bitter” and Scandinavian for “star of the sea”. Numerology = 5.

Misty: English for “mist, of the mist” and American for “covered with mist or dew”. Numerology = 5.

Molly, Mollie: a form of Mary. Hebrew for “uncertain, bitter”, Irish and Latin for “star of the sea”. Numerology = 5, 3.

Nina: short for names that end in -nina, such as Antonina, Giannina. Spanish for “little girl”, Latin for “mother, girl”, Hebrew for “grace”, and Hindi for “pretty eyes”. Numerology = 2.

Olive, Olivia: English and French for the type of tree. Latin for “peace (olive branch)”, and specifically English for “elf army”. Numerology = 9, 5.

Opal: Sanskrit for “gem, jewel”, the birthstone of October. Numerology = 8.

Pearl: from the jewel. Latin for “gem of the sea”, the birthstone for June. Numerology = 7.

Pepper: from the pepper plant and used to describe temperament, such as fiery, hot, spicy, etc. Numerology = 4.

Piper: for a person who plays a pipe \ flute. Numerology = 1.

Rosie: a form of the name Rose and it means “rose”. Numerology = 3.

Ruby: from the name of the Gemstone. Latin for “red” and is the birthstone of July. Numerology = 3.

Sally – a variation of Sarah (see Sadie above). Numerology = 7.

Sandy: short for Sandra which is short for Alexandra. Greek for “defender or protector of mankind”. Numerology = 1.

Shadow: simply means “shadow, shade”. Also corresponds to darkness, things that are hidden, or are more difficult to see. Numerology = 7.

Sophie: an alternate version of Sophia. Greek and French for “wisdom”. Numerology = 9.

Tina: a shorter version of Christina and Christian. Greek or Latin for “follower of Christ, anointed, to anoint”. Numerology = 8.

Valerie: Latin for “strong, healthy, to be strong”. Numerology = 9.

These were 33 dog names where I could not find the meaning so I removed them from the list. You’ll have to find their meaning from some other source than the ones I used:

This is the most comprehensive list of female dog names that you will find. It took me a long time to get all the meanings of the dog names – I sincerely hope this article helped you choose the perfect female dog name.

I will have articles on the top male dog names, as well as the top male & female cat names. Look for them in the near future.

You may also want to check out two of my articles:

Good luck naming your female dog and comment below if you come up with a unique name.

Most Expensive Cat Breeds (12 Breeds That You Can Afford)

List Of 18 Wild Plants That Are Toxic To Dogs

Crate Training At Night: Keeping Your Dog In Crate Overnight

Due to the coronavirus, I have lost 80% or more of my clients. Donations will help me keep my business afloat and allow me to pay my bills. All PayPal & Stripe contributions are greatly appreciated!

Welcome to my Pet Services Blog!

My name is Jim Kernicky and I’ve had my dog walking and pet sitting business since 2008.  Search the articles for specific topics and contact me with any questions you have about your pet or starting a pet service business.

Close Menu
We use cookies to ensure that we give you the best experience on our website. If you continue to use this site we will assume that you accept the use of cookies.I AcceptPrivacy policy